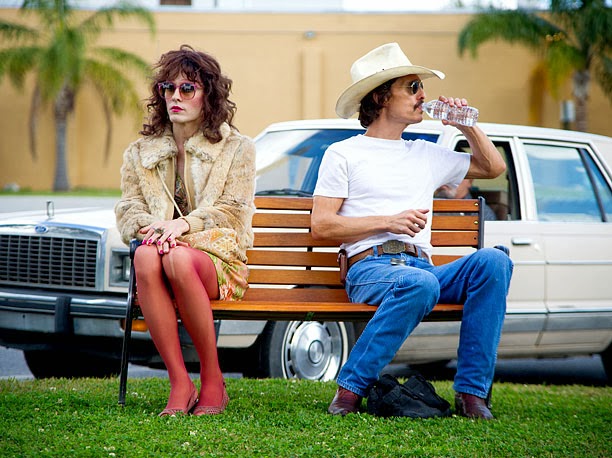 Long gone are the days when Matthew McConaughey was renowned purely for his roles in sub-par romantic comedies, and his catharsis into an Oscar nominated actor has been a joy to behold, with his astounding performance in Dallas Buyers club showcasing utter dedication to his craft. Undergoing dramatic weight loss to add gravitas to the role, McConaughey takes on the persona of Ron Woodroof, an unsuspecting victim of the AIDS virus during the 1980s, and excels in his portrayal of a man facing not just internal conflict but confronting the system head-on by challenging the treatment received by its victims.

Initially self-destructive and refusing to accept assistance, Woodroof's chance encounter with a transsexual AIDS victim (Jared Leto) leads him to seek alternative medicines, as well as establishing the foundation of a great friendship and awakening a compassion hitherto unknown, as the two strive to improve conditions for people blighted with the incurable virus. When Woodroof begins to use his skills as a hustler for the good of others it is hard not to fall for his charms, and by the end of the film all but the most cynical of viewers are likely to be putty in McConaughey’s hands. Leto's understated performance relies mainly on subtlety and restraint, acting as the perfect counterpoint for McConaughey to shine in the lead role, whilst still providing an emotional resonance that begins to cut deep as the effects of the virus worsen for both parties. 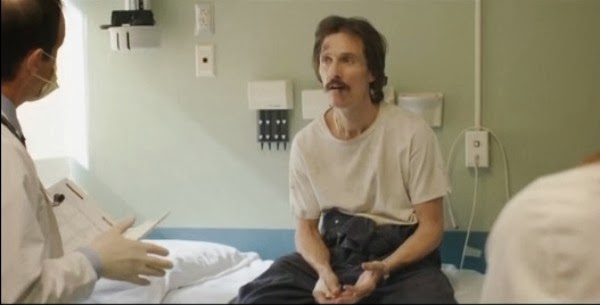 Directed by Jean-Marc Valle, the Canadian film-maker responsible for the unmissable Cafe de Flore and The Young Victoria, this true story of one man's struggle to improve the lives of others is achingly poignant but still remains uplifting and inspirational. Whilst the subject matter means that it cannot be described as an enjoyable film, Dallas Buyers Club nonetheless makes for essential viewing, with the powerhouse performances from McConaughey and Leto deservedly receiving nominations from the Oscars. Valle's stripped down approach to filming refuses to gloss over the grittiness of such a subject, but that doesn't hold the director back from demonstrating his eye for aesthetics, with a superbly shot scene in a butterfly house being a stunning visual highlight, as well as hinting at the metamorphosis undergone by Woodroof as his outlook on life changes for the better.

Driven primarily by the two outstanding central performances, Dallas Buyers Club is a touching story that will inevitably leave viewers moved by the plight of AIDS victims and the careless approach taken by the drug companies who are best positioned to ease their suffering. There are flashes of brilliance seen throughout from both cast and crew and whilst this is an important story which needs to be seen, the bleakness of the script is unlikely to appeal to everyone. If you are wondering why the publicity generated from the Oscars buzz just doesn't seem to be slowing down then go and watch this film; whilst it may not quite be in the same league as some of the other Oscars contenders, Dallas Buyers Club certainly deserves its place amongst the years best.

If you liked Dallas Buyers Club you will also enjoy these:

The Cure
Posted by Filmbantha at 18:37