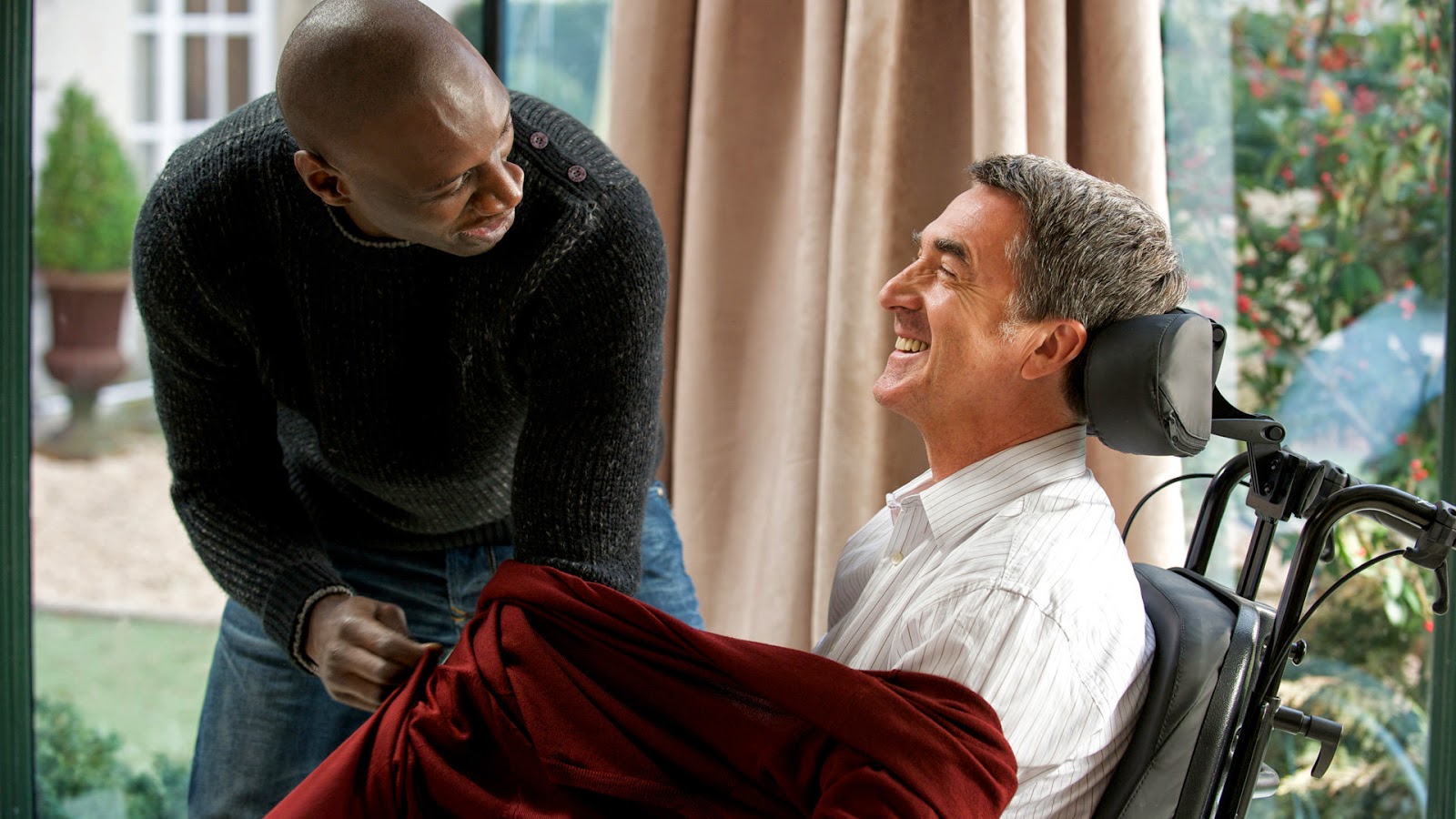 There is something alluring about French cinema that tends to evade most film-makers in Hollywood; it is no surprise that one of the most prestigious film festivals takes place in Cannes, as the French have been a dominant force in world cinema since the inception of film. Untouchable is the latest French film to perform exceptionally well at the box office in a number of European countries and I have been awaiting its release ever since the day it creeped into the often derided but still fairly relevant IMDB Top 250. This list is not always indicative of a film's quality but I was fairly sure that its inclusion confirmed that Untouchable would be worth the wait.

Francois Cluzet, most known across the channel in England for his phenomenal performance in Tell No One, stars as a disabled aristocrat who is seeking a new live-in carer to move into his mansion. Frustrated by competent applicants that are perfect on paper but lack personality, Philippe takes a risk on Driss, an unemployed man who attends the interview purely to collect his benefit cheque and scoffs at any opportunity to hold down a job. At first Driss is reluctant but he is eventually convinced to take the job and begins a voyage of discovery that will have a huge impact on both Philippe's life and his own.

Omar Sy is sensational as Driss, who is certainly an actor to watch out for in the future, and the chemistry between the two leads is so natural that their ever growing friendship is wholly believable. Side stories that focus on Driss's humble beginnings and Philippe's assorted employees act as pleasant diversions from the main plot but all remain relevant to the overall story arc be it a younger brother in trouble with the law or an attractive maid resisting Driss's advances.

As Untouchable is based on a true story it certainly resonates far deeper than fictional films which tackle a similar subject but it does not have the emotional heft of films such as The Diving Bell and the Butterfly or My Left Foot. The tone of Untouchable is far more lighthearted and is similar in style to Inside I'm Dancing which managed to balance the seriousness of the subject matter with comic elements to create a touchingly humorous film. There are times when Untouchable does verge on the side of being overly sentimental, but that is only a slight criticism as it is refreshing to see a film tackling disability in such an uplifting way.

An audience united in laughter always enhances any viewing experience and it will be difficult for all but the most cynical viewers to hide their smiles during Untouchable. Not since Rain Man has the relationship between a mismatched pairing made for such compelling viewing and it is hard to deny Untouchable a place amongst the year's best so far. With a Hollywood remake already in the works, don't be lazy and wait for a version without subtitles, nothing beats the irresistible charm of French films, and Untouchable is worthy of your attention.

Posted by Filmbantha at 14:23 No comments: