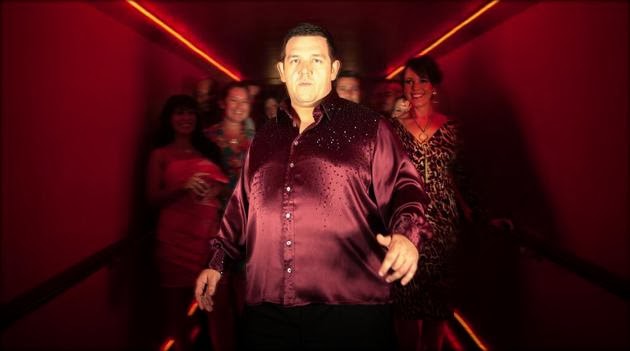 From the moment Nick Frost farted whilst dancing in front of his grandma as a young boy, he realised that dancing and comedy were a magical combination, and it was only a matter of time before this childhood experience channelled itself into the starring role of his latest feature, Cuban Fury. Whether there is a hint of truth in this is anyone’s guess, but it was the anecdote Nick regaled to an attentive crowd at the preview screening of his salsa themed comedy and it alludes to his oft-childish but very amusing sense of humour that has proved successful throughout his career as a comedy actor so far.

It is refreshing to see Frost in a starring role without his partner in crime Simon Pegg, as this provides him with more room to flex not just his salsa hips but his ability as an actor, even if for the most part this is by the numbers stuff. The influence of Strictly Ballroom - Lurhmann’s film, not the reality show - is felt throughout but whereas Scott Hastings and Fran’s partnership was endearing and heartfelt, the pairing of Bruce Garrett (Frost) and his new boss Julie (Rashida Jones) just feels clumsy and forced.

Whilst far more entertaining than the horrendous Paul Potts film, One Chance (Yes I saw it, don’t juge me), the story follows a very similar arc, with Frost bullied as a child and abandoning his talents only to return to dancing later in life to realise his dreams and win the heart of a girl who is out of his reach, in this case, his boss. The quaint English humour present in One Chance also rears its ugly head in Cuban Fury which is a disappointment in comparison to the outlandish comedy we are used to seeing from Nick Frost and his co-star Chris O’Dowd. As Garrett’s colleague and rival, O’Dowd’s performance is actually one of the films highlights, and his constant one-upmanship of Garrett whilst competing for the affections of Julie is an indication that this could have been a lot funnier if the focus had been right. 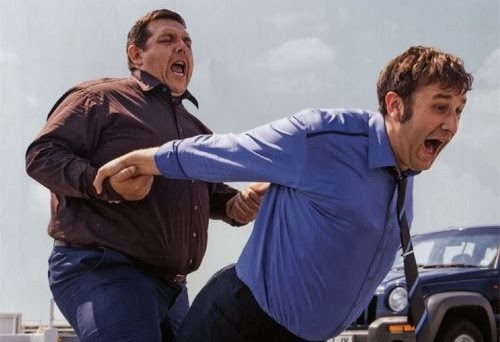 Closer in tone to Run Fat Boy Run than the inspired comedy of the Cornetto Trilogy, it would seem unfair to say that Pegg’s absence is the only thing that dogs Cuban Fury, as the screenplay suffers from a number of setbacks, with characters present in the first half of the film being unaccounted for thereafter and the biggest downfall being an inherent lack of jokes. When the biggest laugh is due to a surprise cameo appearance, you know the movie is in trouble, and despite all of the best intentions of cast and crew, the combination of misplaced humour and an all too familiar storyline detract from the overall package.

The highlight for me was Nick Frost’s introduction when he jokingly proclaimed that we should stick around for the meat raffle after the film, and luckily my disappointment in the lack of a meat raffle momentarily took my attention away from the disappointment of Cuban Fury. A pleasant enough diversion but not one I can see myself returning to any time soon, Cuban Fury is a very safe film that is unlikely to raise any eyebrows and will probably only appeal to Frost fans. It pains me to say that those who have been following his exploits since the days of Spaced may well be unimpressed, as there are a handful of innovative ideas dancing around in there somewhere, but not quite enough to warrant a special trip to the cinema. If you really must see this, then I recommend waiting for the DVD.