100 Essential Films That Deserve More Attention - 33. On The Silver Globe 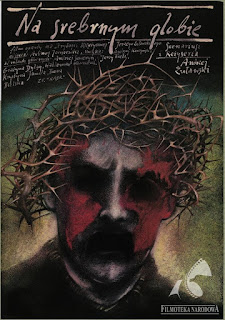 Andrzej Zulawski is an acclaimed Polish film Director best known for his exceptional body horror, Posession, that explores a difficult and disturbing divorce. His oeuvre is full of imaginative films that tackle a variety of genres from sci-fi to musical, most of which have drifted into obscurity, and any one of these would be perfect for a spot on my list of 100 essential films that deserve more attention. To choose just one of Zulawski’s films was an incredibly difficult task but I eventually settled on a film of his that has continually lingered in my mind since its dazzling imagery and breathtaking camerawork left me floored.

On the Silver Globe is a monumental science-fiction epic that was sadly never completed, with the version available today missing approximately a fifth of the scenes planned by Zulawski. These gaps in the film have been populated with shots of a camera flowing through busy streets and beautiful scenes in nature as a voice over narrates the missing sequences that were never filmed. This provides us with a complete story but leaves a bitter taste in the mouth regarding the furore over the film’s production shut down and the frustration of what might have been a revered genre classic had it been finished. 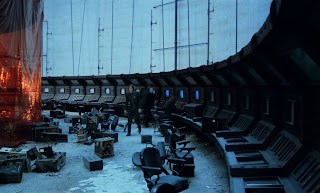 Coming off the success of his stunning film, That most important thing love, Zulawski was given free-reign to commence work on a project of his choice by the Polish cultural affairs. He saw this as the perfect opportunity to commence work on On the Silver Globe, which was based upon a series of novels by his great uncle. Funded by the Polish authorities who now viewed him as a beacon of brilliance in the Polish film industry, Zulawski created an incredible world with lavish sets and costume designs. This extravagance was the film’s ultimate downfall as the budget ran over and costs spilled out of control, leading to those funding the film to withdraw all support. In an upsetting turn of events, most of the film’s sets and costumes were subsequently destroyed, rendering it impossible for Zulawski to ever return to his incomplete project. 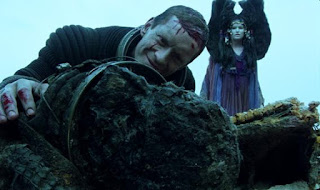 That which remains provides a tantalising glimpse into a fantastical future where astronauts embark on a mission to locate a new planet they can call home. These pioneers crash land on a strange planet that is capable of supporting life and the storyline follows their children and subsequent generations as this new breed of humanity struggle to survive alongside the hostile alien race they encounter. There are warring factions, staggering battle scenes and political power struggles bookended by a tragic romance that hints at the epic scale of Zulawski’s ambitious project. 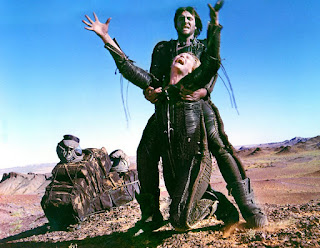 Admittedly, parts of the storyline are difficult to follow but the breathtaking visuals and astounding camerawork carry the film through its more obtuse moments. Steadicam is used liberally throughout to place the audience in the heart of the action and this creates a thrilling viewing sensation, particularly in scenes where hundreds of extras are frantically moving around in the background. The scale and magnitude of the production is utterly mesmerising, with the audacious camerawork conjuring up comparisons to the great Tarkovsky and Kalatozov. Zulawski favours a free-flowing attitude to capturing the drama, rather than the precise work of his influences, and this makes the action feel visceral and dangerous; in a place where it appears that anything could be possible.

Religious and political symbolism is rife in both the narrative and subtext, and this is another reason behind the Polish authorities eventual decision to withdraw funding on the production. That which is alluded to could be interpreted as a sleight on the ruling totalitarian government of post-war Poland but, like all great works, there are a multitude of meanings which attentive viewers could make a convincing argument for. 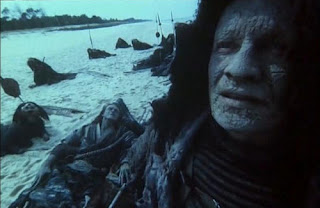 Filmed in an era before Star Wars revolutionised special effects, Zulawski’s crew relied on practical effects to bring the worlds depicted in On the Silver Globe to life. This pre-CGI era was awash with many incredibly inventive methods of storytelling being used, and the creature designs here demonstrate a bizarre originality that are clearly products of their time but still seem strangely impressive - even to those more accustomed to modern effects.

On the Silver Globe suffers from a similar issue that blights David Lynch’s epic version of Dune; by cramming too much into its runtime there are too many storylines to fully comprehend and digest in a single viewing. This is a saga that may have been less challenging for the viewer if it had been approached as a trilogy or series of films so as not to overwhelm the audience with its ideas. It would be unfair to dwell on this factor given that the version we see today is incomplete but it is safe to say that a finished version would still potentially be less accessible than its mainstream counterparts in sci-fi epics such as Star Wars or Star Trek. The deep and intricate human drama at the heart of the story would resonate more if audiences were familiar with the complex source material that inspired such a phenomenal vision. 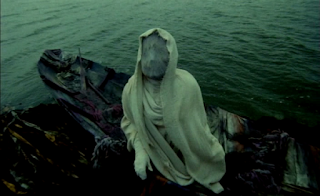 If you are new to Zulawski’s work I would suggest first delving into his completed films Possession and then Diabel. If his brand of savage and disturbing film-making appeals, then you will inevitably enjoy the transition of his style into the realm of science-fiction with On the Silver Globe. We are lucky that the film exists in its current guise and it deserves to be more well known as one of cinema’s grandest failures. Taken as it is, it is still a staggering achievement and a cautionary tale of how ambitious passion projects can sometimes be the downfall of the talented artists who overextend their reach.

If you take the time to watch On The Silver Globe then it would be awesome if you could also take the time to let me know what you thought of it, either by commenting below or tweeting me @filmbantha. Thanks, and enjoy!