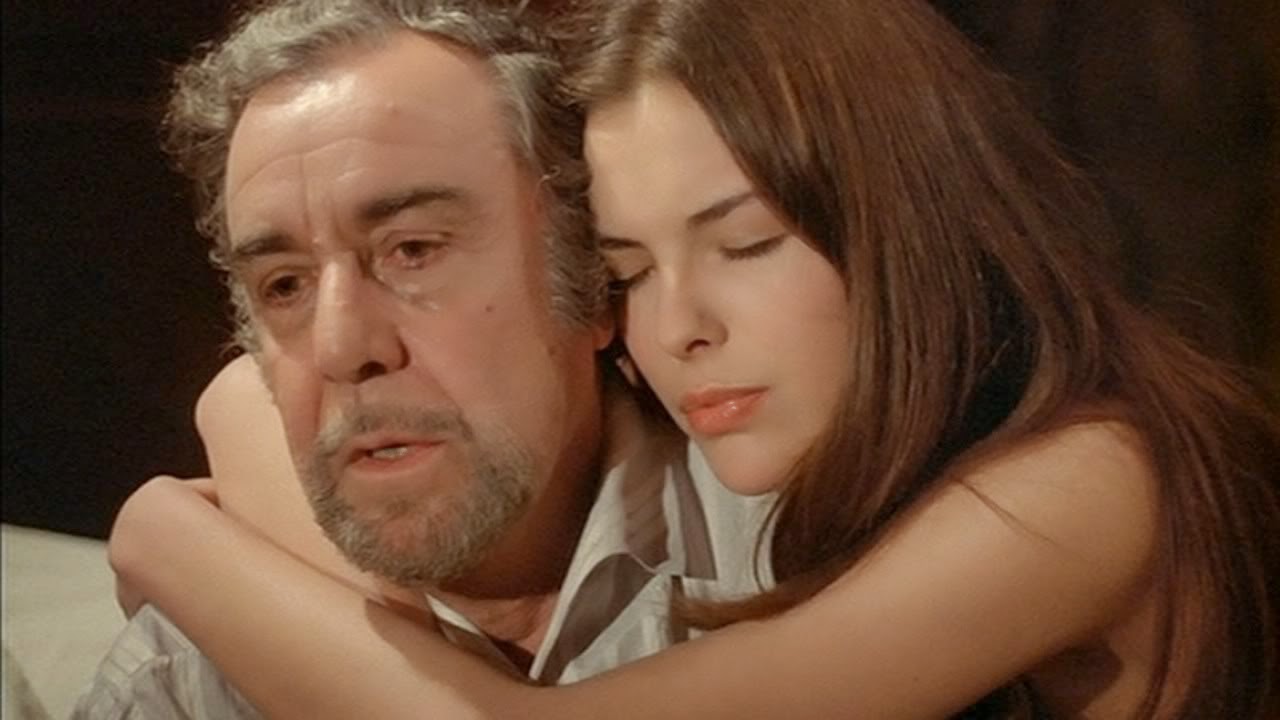 That Obscure Object of Desire is a mesmerising film about love, obsession, and the lengths to which people will go to seek what they truly desire. Adapted from the novel 'Le Femme et le Pantin' by Pierre Louys which was written in 1898, Bunuel's film isn't the first to tackle the subject matter but is undoubtedly the best. The title translates to 'The woman and the puppet' and those who have previously seen Bunuel's film will agree that this would be just as fitting a title as his chosen adage.

Following a strangely hypnotising opening sequence against a backdrop of palm trees and exotic music we are introduced to a mature gentleman who soaks a beautiful young lady from a stationary train with a bucket of water. After returning to his carriage the shocked onlookers seated beside him cannot hold back their curiosity and probe for the motive behind his actions. The story is then told through a series of flashbacks as we discover the connection between Mathieu and Conchita, the lady he soaked, and the build up to this bizarre event.

Forget (500) days of summer, That Obscure Object of Desire is the ultimate 'anti-romance', with the relationship that develops between our protagonists causing nothing but endless problems for the completely besotted Mathieu thanks to the devilish designs of  the beautiful but manipulative Conchita. Set against the backdrop of a series of terrorist attacks, Bunuel's film tackles politics alongside the love story and is one of those films that poses numerous philosophical questions but can also be enjoyed without reading too much into the deeper meanings. 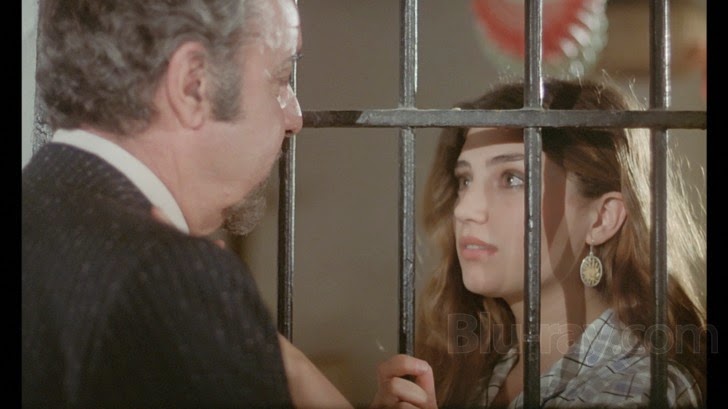 Bunuel's masterstroke of using two actresses to play Conchita was apparently conceived accidentally, when the original actress scheduled to play Conchita (Maria Schneider) left the production. Carole Bouquet took on the role of the more timid and reserved side of Conchita's personality, with Angelina Molina showcasing her more promiscuous side. These performances combine with Fernando Rey's fantastic portrayal of a man with a rabid desire for that which he cannot have to elevate That Obscure Object of Desire to a near masterpiece that is well deserving of the lavish treatment of a Blu-ray release.

The Blu-Ray transfer is gorgeous to behold with the vivid colours bringing life to Bunuel's perfectly framed shots and the crisp sound transporting you to a host of exotic locations throughout the film. Interviews with cast members and an accompanying booklet are welcome additions to what is an excellent restoration and if you are a first-time viewer I guarantee that you will want to delve further into the film's history when the credits begin to roll.

Luis Bunuel's final film is a fitting end to an incredible career that still feels remarkably fresh despite first being released over 35 years ago. Fans of the director and newcomers alike are likely to be entranced by this intelligent and thought-provoking film, with the impressive transfer and a generous amount of extras making this disc a great addition to any collection.

If you like this you will enjoy these:
Before Sunrise
Brief Encounter
Blue is the Warmest Colour
(500) Days of Summer
Posted by Filmbantha at 14:08 No comments:

Email ThisBlogThis!Share to TwitterShare to FacebookShare to Pinterest
Labels: (500) days of summer, Before Sunrise, Blue is the warmest colour, Brief Encounter, Luis Bunuel, Pierre Louys, That obscure object of desire 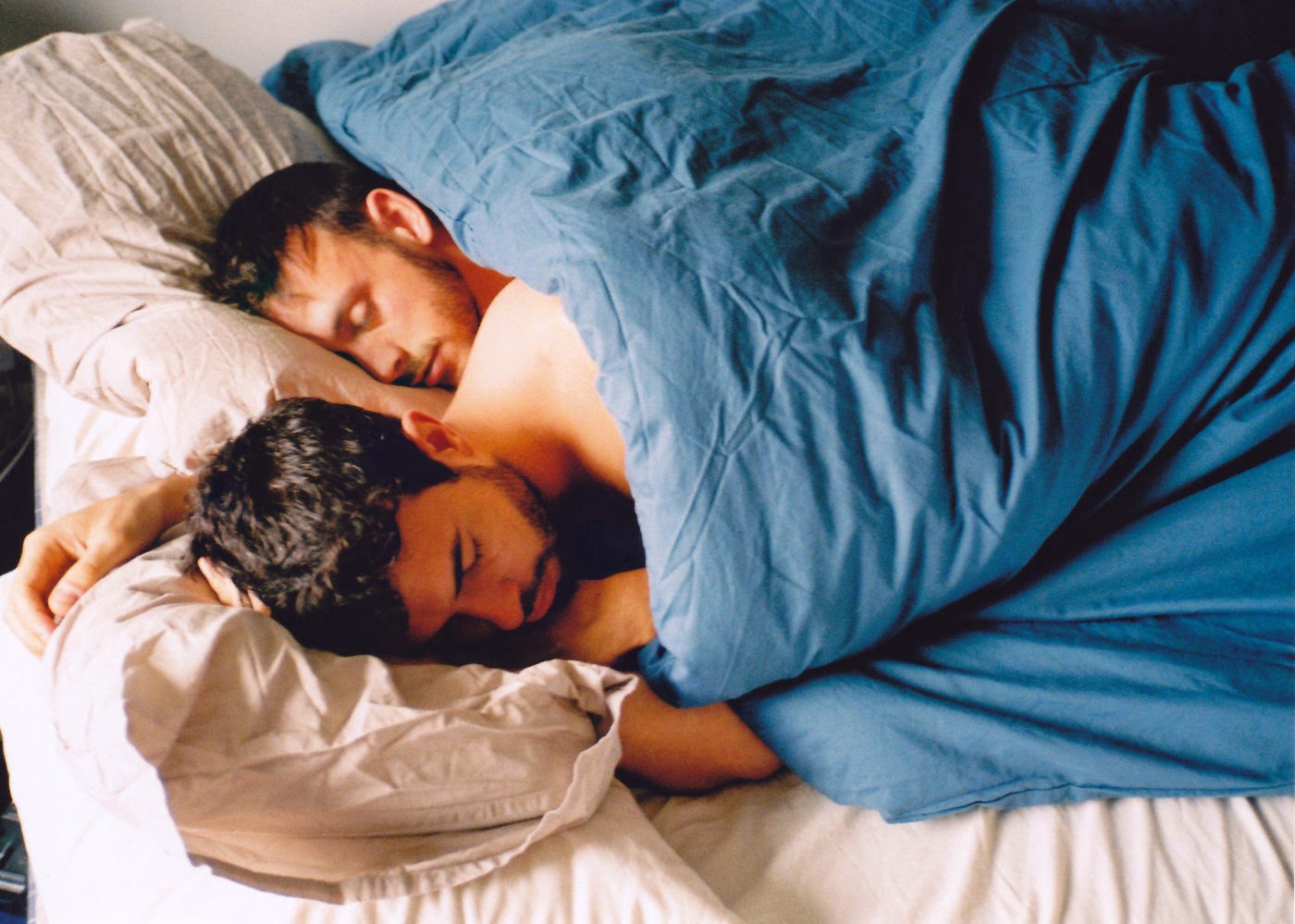 2011 was an excellent year for British films with a number of hidden gems that may have passed you by, here is a look at the Blu-Ray release for one such film, Andrew Haigh's Weekend.

It seems almost disrespectful and crass to use the most obvious comparison out there as Weekend is an accomplished film that stands alone but there really is no easier way to explain the storyline than as Before Sunrise meets Brokeback Mountain. Those unfamiliar with Before Sunrise first of all need to go and watch it, it's incredible, but will need to know that the storyline takes a look at the brief romance that develops between two strangers over the course of a very short space of time. Weekend is very similar in this respect apart from the Brokeback Mountain element, which everyone will be aware of even if they haven't seen the film, as both of the characters here are young gay males who strike up a very close friendship after a drunken encounter.

Those who have read my reviews over the past few months here at Front Room Cinema will be well aware that due to my tastes I am more inclined to enjoy horrors and disturbing movies than a romance but I like to think that I can appreciate a good film when I see one regardless of genre. Although Weekend is not a film I would head out of my way to see I was taken aback by how impressive it was for a small budget character study and I have already recommended it to a number of friends. If you have a penchant for Richard Linklater films you will undoubtedly enjoy this dialogue heavy drama that explores the rich tapestry of lives within the gay community.

There are a handful of scenes that I did find a tad too uncomfortable due to their explicit nature, and it was during these moments that I found myself thinking about social acceptance and the controversy surrounding sexuality that still exists in modern society. This is a thought provoking screenplay that does push the bar in terms of what we see on screen but it is always in fitting with the story and everything that has been included in the film is there for a purpose. 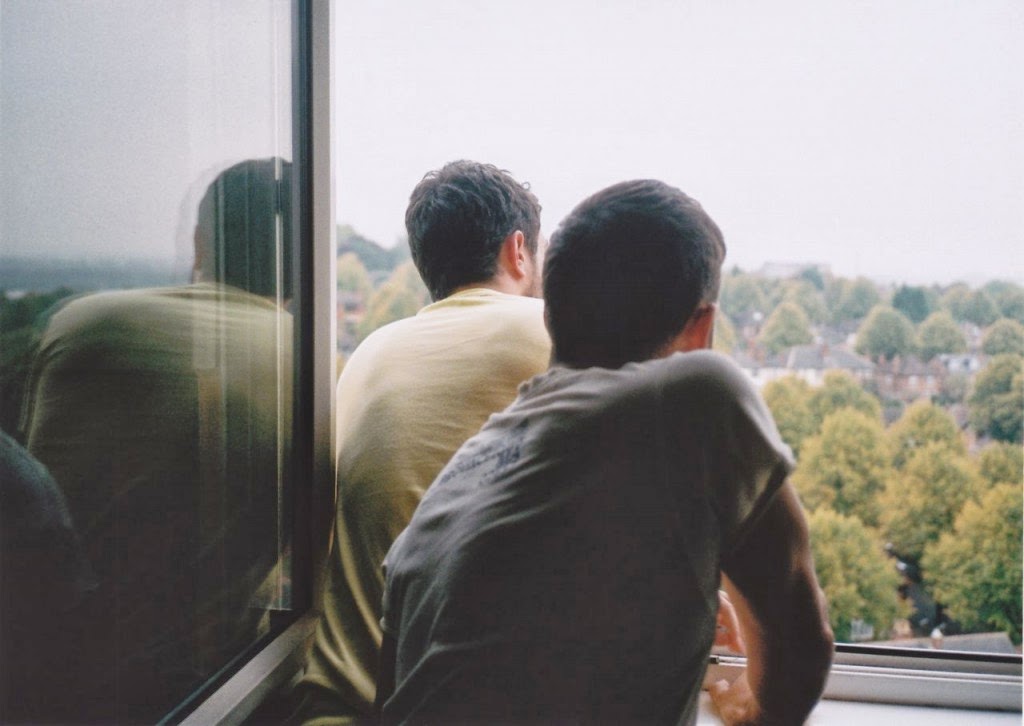 Both of the main actors, Tom Cullen and Chris New, are fantastic as Russell and Glen respectively, the two strangers who forge a strong connection and begin to uncover secrets relating to their past. Russell is far more reserved about his sexuality and appears uncomfortable in certain situations whereas Glen is a cocksure individual - no pun intended - who is open and proud when it comes to his interest in men. These contradicting personalities heighten the drama as their different outlooks on life lead to deep conversations which expose their vulnerabilities and make the couple realise they may have found something worth holding on to.

British film-making is going from strength to strength and it is great to see so many new talents emerging; Andrew Haigh showcases the skills of a director far beyond his years and is certainly one to watch out for in the future. His unique and at times provocative vision of the bond that can grow between two males deserves to be seen by a wider audience, trust me, you will be doing yourself a favour if you add this to your watch list.

The people responsible for putting the extras together have been very generous with both the quality and quantity of features and as someone who enjoys watching trailers for other films I was amazed at the amount included on the disc. Here is a full list of the extra features:

Weekend is a revealing yet remarkably intimate drama that makes no compromises and delivers a powerful storyline that will stay with you for a long time.

Weekend is out on Blu-Ray and DVD on Monday 19th March courtesy of Peccadillo Pictures
Posted by Filmbantha at 13:08 No comments: