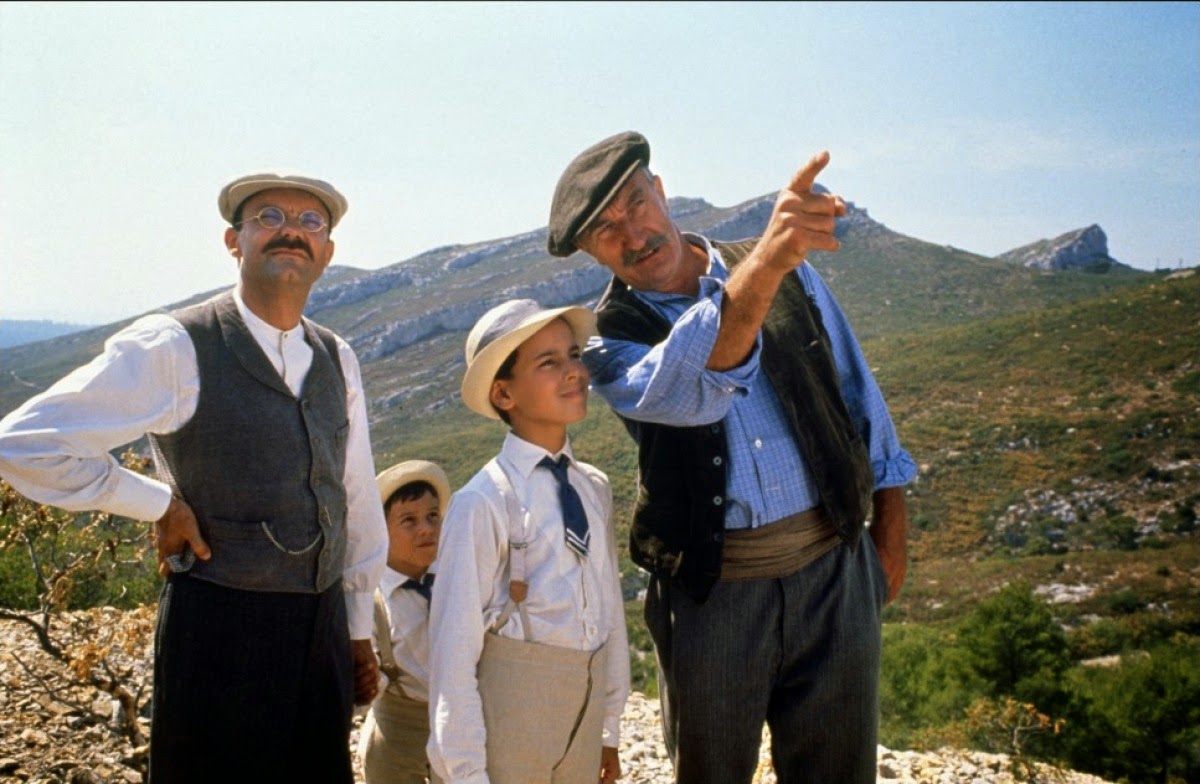 As a huge fan of Jean de Florette and Manon Des Sources, the epic French dramas that span generations in a heartbreaking tale of love, loss and family feuds, I could not wait to indulge myself in a set of films based on the memoirs of Marcel Pagnol, who wrote the aforementioned works of fiction. Much akin to the narration in Stand by Me, we are introduced to Marcel's childhood through his older self who looks back on his youth with a fondness and wit that fails to mask his desire to be back in the place and time he was happiest.

Marcel's parents are portrayed as loving individuals who are dedicated to family life and providing for their children whilst remaining respectable pillars of the community thanks to his father's work at the local school. It is not long before Marcel is joined by younger siblings and the main focus of his memories is the time they spend at his favourite location, a country house in the nearby hills which they share as a holiday home with his aunt's family. It is here that Marcel encounters new friends, begins to develop an affinity with nature and comes to question if his father really is as all-seeing as he once appeared to be, and it is a magical reminder of how blissful life as a child really was.

This is a set of films that will appeal to all ages; children will relish the sense of adventure that hangs over Marcel's exploration of the French countryside and adults will laugh at the wonderful innocence of children as it rekindles forgotten memories of their youth. It is hard to pinpoint the better of the two films as they are both exceptionally well made and very similar in tone and style, although Marcel's first encounter with a young girl in Le Chateau De Ma Mere that leaves him deeply infatuated is a personal highlight. 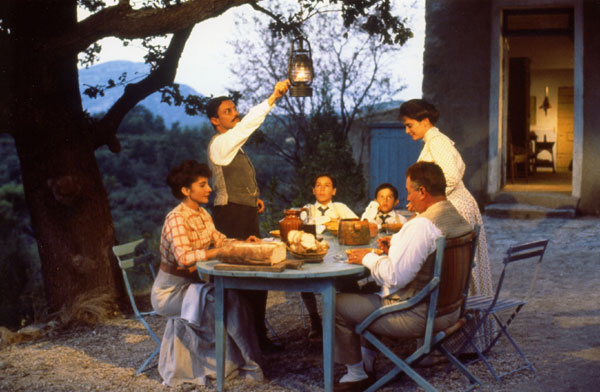 The French countryside has never looked so appealing, as this Blu-ray transfer highlights the lush rolling hills and the stunning vistas with an awe-inspiring clarity, and is easily enough to make viewers forgive the grain which remains in some of the internal shots. Combined with the sweeping classical music that accompanies the more poignant scenes, this makes for a very moving and involving set of films that are guaranteed to remain with you long after the first viewing and will draw you back for repeat viewings time and time again.

Both discs feature extensive documentaries which detail the making of these French classics alongside interviews with cast and crew that expand on the wonderful tale of Marcel Pagnol's youth. It would have been nice to see the Blu-rays crammed with more features such as trailers or commentaries given the space available but you really cannot complain about the lavish treatment that has been applied to this Box set.

A pair of classic films, a wonderfully put together boxset and almost four hours of cinematic bliss mean that this is an essential purchase. As we are nearing winter, I cannot think of a better way to spend a day than curled up in your duvet and escaping into the mind of Marcel Pagnol to experience the nostalgia and joy that goes hand in hand with these unmissable pictures.

Bottom Line - Drenched in nostalgia and memories of bygone days, both films in this boxset are capable of transporting you back to the happiest memories of your childhood and come highly recommended - 9/10

Positives - One of the most charming and magical portrayals of childhood I have ever seen
Negatives - There are only two films, I would have happily watched more! 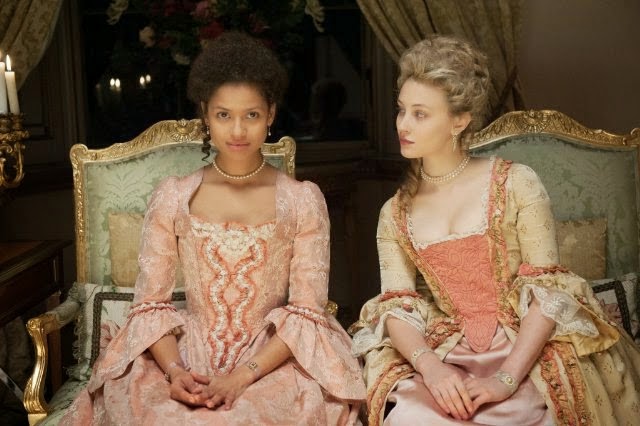 With the phenomenal success of Steve McQueen’s 12 Years A Slave earlier this year, it is not surprising to see another film tackling the important issues of race and slavery, and although Belle doesn’t quite reach for the jugular with its depiction of a troubled time in English history, it is equally relevant as a reminder of our heritage and the difficulties faced by those on the receiving end of such prejudiced views.

As the illegitimate child of a navy admiral whose duty requires his presence at sea, Belle is plunged into a foreign world when she is reluctantly left in the care of her aristocratic great-uncle. Motherless, and unaware that her mixed race origins are viewed unfavourably, she is compelled to bond with her new family who regard her with a higher standing than that of their slaves but not with the same respect and privileges afforded to their own.

Set against the backdrop of a testing lawsuit involving the deaths of numerous slaves, Belle’s emotional journey is both captivating and inspirational to behold as she grows into a young woman who gains affection from a number of suitors, one of which has a particular interest in the aforementioned anti-slavery case, and just so happens to be her great-uncle’s understudy. Other legible bachelors she encounters are entranced by her exotic looks, and an equally attractive dowry that is left to her by her father, but some are less forgiving of her origins. Torn between true love, the limits of social acceptance, and in competition with her closest friend and confidant - her cousin, Elizabeth Murray - Belle's choices are fraught with heartache.

Gugu Mbatha-Raw displays the perfect combination of innocence, curiosity and also courage in her portrayal of Belle, and her irresistible charm is the heart that drives the story forward; only the most cynical of audiences will be able to resist becoming emotionally involved with her plight. A fairly stiff supporting cast (some of which appear to be merely going through the motions rather than acting) cannot compete with Mbatha-Raw’s impressive performance, although Tom Wilkinson and Miranda Richardson are particularly enjoyable to watch as Belle’s great-uncle, Lord Murray, and the mother of a potential suitor.

Both the grandiose set design and lavish costumes do a superb job of transporting the audience back to the 1700’s, even if some of the language used seems slightly out of place for the era. Director Amma Asante has done a commendable job of bringing this remarkable tale to the big screen, and it is a shame that her writing credit was removed by the Writer’s guild because she reworked a previous adaptation of the screenplay, even though the majority of dialogue in the script is said to be Asante’s original work.

Not only is Belle one of the better period dramas of recent years, but it also a moving morality tale that will undoubtedly reverberate with audiences regardless of their familiarity with this era of history. There may be a few missteps in the romantic subplots but those with even just a passing interest in period films are sure to look past these shortcomings to find a heartwarming and inspirational tale.

Bel Ami
Summer in February
Posted by Filmbantha at 18:21 No comments: