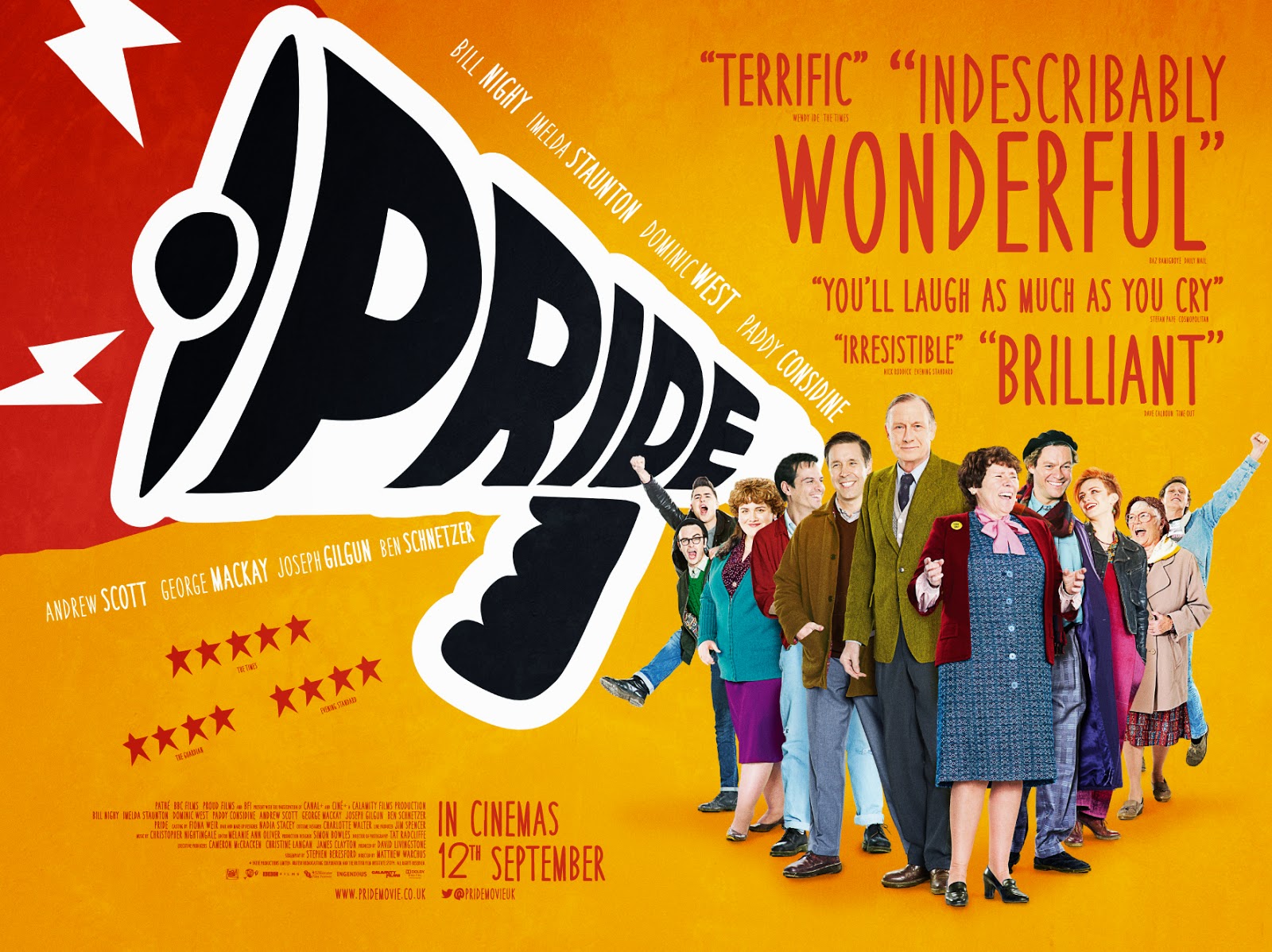 Following in the footsteps of its closest contemporaries, Billy Elliot and Brassed Off, Pride tackles the miner's strikes of the 1980s from a unique perspective, focusing on a group of newly formed activists based in London (LGSM - Lesbians & Gays Support the Miners) who are keen to join forces with the miners - another minority group persecuted by the government - to fight their shared enemies in Margaret Thatcher and the Conservative party. Told for the most part through the story arc of Joe, a young adult yet to come out to his family, we are gradually introduced to a colourful cast of characters from all walks of life when he ventures out into the gay community for the first time and becomes involved in the formation of LGSM.

Aiming to raise both awareness for the miners and money to provide for them during this difficult time, LGSM find it nigh on impossible to locate a group who would be willing to accept their support until a chance phone call sees them paired with a small village in the heart of Wales. At first they are greeted with near hostility from the miners, with their presence in the local community clearly being unwelcome despite the group's best intentions. Thankfully though, the liberal nature of a few key members of the village gradually brings about their acceptance, and it is not long before almost all of the villagers are backing the support of their generous and selfless guests, kick-starting a campaign that would eventually go on to change the lives of everyone involved.

A brilliant British cast including such acting luminaries as Bill Nighy, Imelda Staunton and Paddy Considine (alongside a number of relative newcomers including the awe-inspiring Ben Schnetzer as the ring-leader of LGSM - Mike) give such irresistibly heartfelt performances that are likely to move even the most cynical of viewers. Empathising with their various predicaments comes naturally, and there are times when you will be fighting back the tears, particularly with a subplot about the outbreak of HIV+ that touches briefly on issues raised in the award-winning Dallas Buyers Club. It is refreshing to see that Pride doesn't skirt around these scenarios but balances them brilliantly with enough humour to counteract any impending heartbreak, with a number of scenes that are guaranteed to induce raucous laughter from the entire audience, just when the story has you on the verge of breaking into tears.

Whilst it is Joe (George MacKay) who offers an outsiders perspective for any audiences new to the history surrounding the miner's strikes, it is his mentor of sorts Mike who steals the show with his cocky but charismatic persona that inspires and charms in equal measures. Schnetzer's assured performance will undoubtedly thrust him into the spotlight, and could very well earn him a number of accolades come awards season, with MacKay's understated rendition acting as the perfect juxtaposition to the more flamboyant amongst the cast. These captivating performances add gravitas to the miners putting aside their initial prejudices; with such a passionate young group of people willing to put themselves on the line for complete strangers, it is easy to see why they succumb to the offer to forge a new friendship. 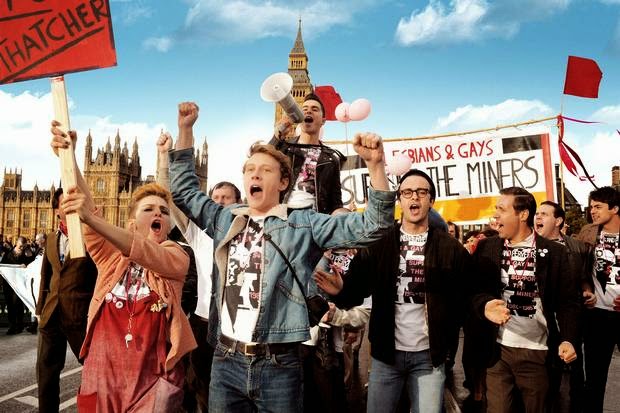 Director Matthew Warchus doesn't just tell an incredible true story but regales it with such overwhelming passion for the era that those who were there at the time will instantly be transported back to the unforgiving years of Thatcher's rule, which is certainly helped by the inclusion of a stirring punk rock soundtrack that embodies the circumstances prevalent at the time. This attention to detail and impressive authenticity will enable even those born after the 1980's to feel like they are part of the struggle, united by the vibrant energy of youth, and having the power to change the world for the better.


As hard hitting as This is England but more restrained in its depiction of prejudice against minority groups, Pride doesn't shy away from the difficult issues but demonstrates them in such a way as to not alienate viewers of a more sensitive nature. That Pride is a true story just adds to the poignancy of its exceptionally well-written screenplay, with certain emotional notes possessing a resonance rarely seen on the big screen, and it is a credit to both writer (Stephen Beresford) and director (Matthew Warchus) who manage to deliver a film that is likely to completely surpass all expectations.

Stirring, inspirational and ultimately life-affirming, Pride certainly deserves all of the praise that is being heaped upon it as it is, without a doubt, a firm contender for the best British film of the year. The only downside is that with a runtime of two hours it isn't long enough - that's right, I just didn't want such a wonderful film to end.

Billy Elliot
The Full Monty
Milk
This is England

Posted by Filmbantha at 08:40 No comments: