So I may have been very lazy this year in terms of my writing, but that doesn’t mean I haven’t still seen a hell of a lot of films, both new and old, and it would be a shame not to share my recommendations. Condensing a whole year of releases down to just the best 10 was too difficult, so I have ended up with a top 20 of the year (only counting films with a UK release in 2013), alongside a top 10 of first time viewings for films released in previous years, which I will post in a few days time. So here we go, the best films of 2013, based purely upon my own opinion:

20. Kick-Ass 2 - More of the same, which is exactly what I wanted. If over the top comic-book violence and twisted humour is your thing, then Kick-Ass 2 is an absolute riot. 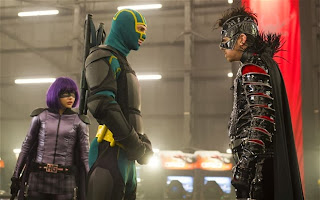 19. Before Midnight - The third part of the 'Before' trilogy is a beautiful finale to a tantalising love story, once again Richard Linklater has delivered, and fans of Before Sunrise and Before Sunset will not be disappointed. 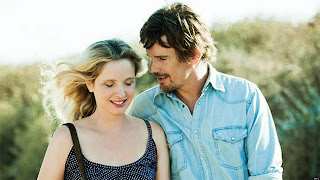 18. About Time - Richard Curtis' charming and witty tale of a man who uses the ability to travel back in time to enhance and perfect his relationship with the woman of his dreams was a refreshing take on the quintessentially British Romantic comedies he is usually associated with. 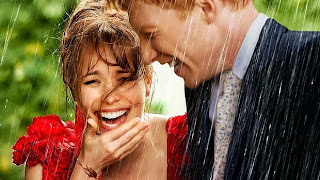 17. Behind the Candelabra - A phenomenal performance from Michael Douglas as the infamous pianist Liberace and Matt Damon as his gay lover makes Steven Soderbergh's supposed last film a joy to watch. 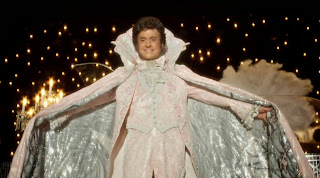 16. Philomena - Steve Coogan proves he has some serious acting chops as a journalist uncovering the truth about a woman whose son was taken from her during her time in an Irish convent. 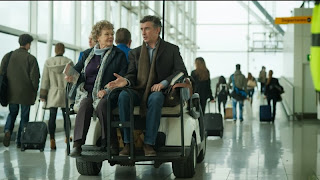 15. What Richard Did - Gritty Irish drama about a group of teenagers and a life-changing incident that is shocking, powerful, and very moving 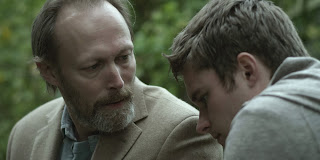 14. The Conjuring - James Wan pays homage to a number of horror classics in this excellent haunted house flick which left audiences hiding behind their popcorn 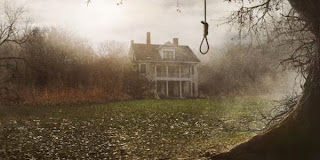 13. Sleep Tight - One of those films that genuinely gets under your skin, Sleep Tight is not for the faint-hearted, but this unsettling Spanish thriller about a man living unnoticed in a woman's apartment is a masterpiece of suspense. 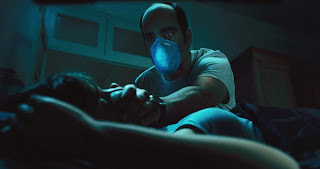 12. The Hobbit: The Desolation of Smaug - Peter Jackson's second instalment to The Hobbit trilogy is an awe-inspiring feat of technical wizardry that will leave any fan of Tolkien's world spellbound. 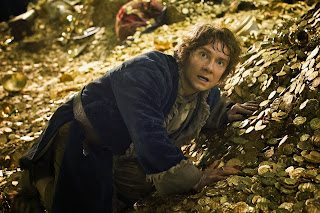 11. Rush - The incredible true story of the rivalry between Formula One race drivers Niki Lauda and James Hunt is brought to the big screen by Ron Howard in this first rate drama. 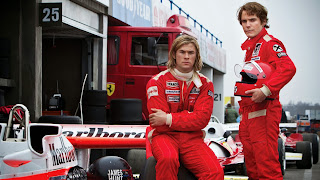 For the top ten of the year, part two is right around the corner here...
Posted by Filmbantha at 11:44 No comments:

Following on from my previous post counting down from numbers 20-11 which can be found here, these are my ten favourite films of 2013:

Set entirely in a toilet stall during a zombie outbreak at a Work Christmas Party, Stalled is a low-budget wonder bursting with creativity that sounds ridiculous and really shouldn't work but somehow manages to breathe new life into a somewhat stale genre. If Shaun of the Dead is your thing then this is essential viewing as, despite the apparent limitations of the budget, Stalled has enough laughs and plenty of gore to please even the most avid of zombie fans. 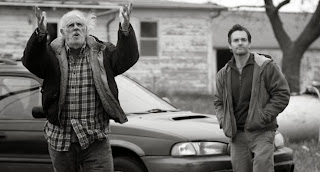 Following on from the incredible success of The Matrix, the Wachowski brothers (although maybe they shoud now be referred to as the Wachowski siblings?) have struggled to emulate its success, and whilst Cloud Atlas did not fare as well at the box office as it deserved, it is still an astounding piece of film-making. Choosing to adapt a supposed ‘unfilmable’ novel was a brave move, and with six interweaving segments based in different time periods encompassing the past, present and future, Cloud Atlas is one of the most ambitious sci-fi films of recent years with a truly epic scale that needs to be seen to believed. 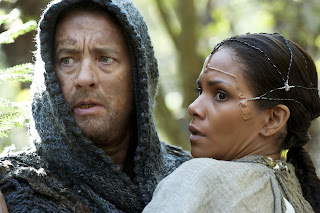 Those expecting Drive 2 were understandably disappointed as Only God Forgives is an altogether different beast from Nicolas Winding Refn's previous outing, but it is still a stunning film that rewards a patient viewer. The beautiful choreographed violence and sumptuous Bangkok settings provide the audience with a visual feast that needs to be experienced more than once to be truly appreciated. 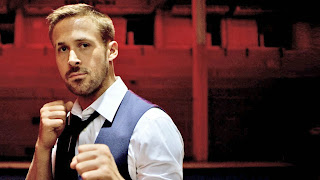 Haunting, tragic, and unforgettable, Prisoners is a masterpiece of film-making that cements Denis Villeneuve's position as one of the finest directors of our time. Powerhouse performances from Jackman, Gyllenhall and Dano ensure that this dark thriller will still be playing on your mind long after the end credits are rolling. 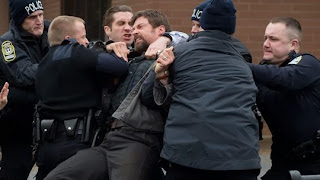 At the core of this heart-warming tale of a twenty something struggling to find her way in life lies one of the most loveable characters of recent times; Greta Gerwig is perfectly cast as Frances, a disorganised dancer with no plans for the future and an inability to keep hold of men. Noah Baumbach's decision to shoot in black and white adds to the charm of the picture and France's foibles are guaranteed to induce smiles from all but the most cynical of viewers. 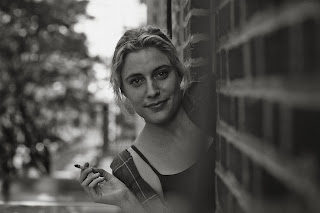 Tarantino has been teasing fans for years that he will eventually turn his talents to a Western, and with Django Unchained he has mastered another genre in a single stroke, proving that his dialogue heavy scripts can be tailored to almost any setting. The unmistakable presence of Tarantino's black humour balances perfectly with the harsh brutality of his wild west, which is clearly heavily influenced by the spaghetti westerns of Corbucci and Leone. Once again under the direction of QT, Christoph Waltz took home an Oscar for best supporting actor, and rightly so, but that's not to diminish the equally astounding performances from Jamie Foxx and Leonardo Dicaprio that bring this epic tale of revenge to life. 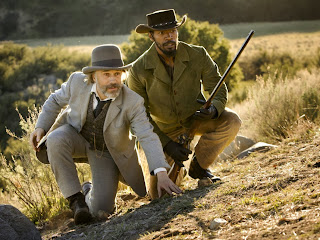 Tom Hanks has had a fantastic return to form this year with his performances in both Saving Mr Banks and Cloud Atlas reasserting his talent as an actor, but it is his role in Captain Philips which will inevitably be recognised at the Oscars early next year. Newcomer Barkhad Abdi is suitably impressive as the leader of a gang of pirates that board Philips ship, and the ensuing events will leave your heart palpating vigorously; even more so when it sinks in that this is based upon a true story. The hand-held shooting style favoured by Paul Greengrass lends itself to the dramatization of real life events by placing the audience amongst the action, and with Hanks riveting portrayal at the helm it is difficult to pick fault with this incredibly tense and emotional voyage. 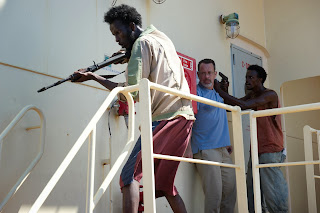 The finest horror film of 2013 was due to be at the top of my list up until October when it was narrowly beaten into second position by Gravity. A limited release early on in the year meant that Maniac passed by relatively unnoticed but is now available on Netflix for all to see. This is one of the most brutal and inventive horrors of recent years with an outstanding central performance from none other than everyone’s favourite Hobbit, Elijah Wood. Filmed entirely in POV, and with a slick soundtrack not too far removed from the 80’s synth infused pop made popular by Winding Refn’s Drive, those who can stomach the violence will be rewarded with a stark insight into the mind of a twisted serial killer. 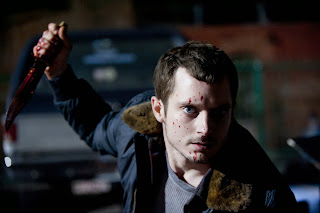 An unmissable masterpiece, and one of the best films of the past five years, if not THE best. Read my spoiler-free review here, and then pre-order the film on Blu-Ray, you won’t regret it. Those who have already seen Gravity, and only those who have, should check out this amazing companion piece created by none other than the director’s own son, Jonas Cuaron, which is a beautifully made short film.

Just in case that's not enough recommendations for you in one article, then check out the list of my top 300 films of all time over on my letterboxd account here
Posted by Filmbantha at 11:35 No comments:

So another few weeks have passed without me doing any writing but after attending four screenings last week I thought it was only fair to put pen to paper (or fingers to keyboard as it is these days) to give you the heads up on some upcoming releases. 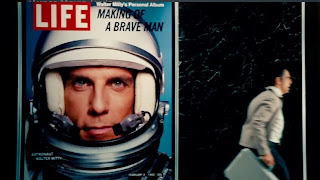 Ben Stiller shows a serious side in this beautifully realised drama as he takes audiences on a journey into the imagination of Walter Mitty; a middle aged man whose flights of fantasy help him to escape the doldrums of his plain life, and proves his worth as both an actor and director by telling an uplifting and inspirational story. Those enamoured by films such as The Science of Sleep and Wristcutters: A love story, will feel right at home in Mitty's daydreams, and when he embarks on a journey far more incredible than he could ever imagine, audiences will inevitably be eager to go along for the ride. With superb performances from a supporting cast that includes Sean Penn and Kristen Wiig, this is an innovative and competent fantasy that will inevitably strike a chord with audiences come boxing day. 7.5/10

There's no denying that the story of Nelson Mandela's life is a powerful and captivating tale, even more so with his recent passing, and director Justin Chadwick has done an admirable job of turning it into a film, but there is something amiss that prevents this biopic from truly resonating with the audience. Idris Elba's turn as Mandela cannot be faulted, and Naomie Harris is likewise incredible as his wife, Winnie, who stands strong in the face of great adversity throughout their tumultuous relationship. As an insight into Mandela's life the film excels, but as a human drama the film fails to deliver, which is a disappointment considering the impact such a courageous man has had on the world today. Mandela: Long walk to freedom is still essential viewing, but could have been something really special - 7.5/10

On paper Last Vegas really shouldn't work; it's being sold to audiences as The Hangover for an older generation, and I can easily forgive people who dismiss the film's concept (I had the same misconception), but this is a touching and heartfelt comedy that is a surprisingly effective slice of entertainment. Veterans Robert De Niro, Morgan Freeman, Michael Douglas and Kevin Kline play a group of old friends reunited for a bachelor party when the ringleader announces his marriage to a woman half his age, and despite their initial reluctance, the quartet soon begin to relive past indulgences in the city that never sleeps. Both humorous and heart-warming, Last Vegas is the perfect way to beat any January blues - 7/10

Having stayed away from Paranormal Activity 3 & 4 after the disappointment of the first sequel, I had almost zero expectation that a spin off could deliver anything as compelling as the original, but I was willing to take a chance on this latest offering in the series, and what a wise decision that turned out to be. The Marked Ones shares similarities with its predecessors but remains an altogether different beast; the story veers from sheer terror to dark humour with ease and far from being just another fun ride, the ending will send your head spinning regardless of your level of familiarity with the franchise. A welcome addition to a tired series, The Marked Ones has restored my faith in found footage horror. 7/10

Posted by Filmbantha at 20:51 No comments: