People embrace the enchanting glow of the big screen for all manner of reasons; to journey to faraway places they could only ever imagine, to experience the escapism of a captivating story, or maybe to indulge in an obsession with the world of cinema. For me, all three of these reasons apply - and many more - but first and foremost is the satisfaction of recommending obscure films to other like-minded individuals who adopt them as their new favourites.
With over 100 years worth of films to choose from, and many of these now available at the click of a button, it can be extremely difficult to narrow your choices down to pick a film to watch. Although cinema has been around for over four times longer than my life on this earth, I have spent what some may consider an unhealthy amount of these years delving into the history of films to discover some of the best hidden gems out there.
This series of articles aims to highlight the overlooked masterpieces and fascinating curios that I have unearthed whilst exploring the forgotten recesses of cinema. Take a gamble on any one of these films and I guarantee that you will be eagerly awaiting all future instalments in this series. You may well have heard of a number of these films; my aim isn't merely to shine a spotlight on the most obscure films out there, but to share my enjoyment of those films which don't have the cult following I believe they deserve. 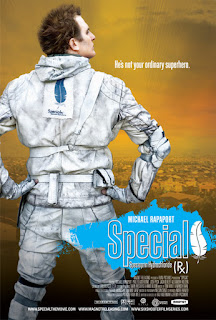 Director - Hal Haberman, Jeremy Passmore
Country - USA
Year - 2006
Runtime - 85 minutes
In an era dominated by superhero films it's easy to overlook the fact that we haven't always been inundated with caped crusaders and otherworldly beings who possess fantastical powers. Back in 2006, before the superhero hype machine really began to kick in, a low budge indie film was released that tackled the genre from a unique perspective. This film was Special, a passion project by Directors Hal Haberman and Jeremy Passmore, starring Michael Rapaport as Lester, a ticket warden who is convinced he is developing supernatural powers after signing up for an experimental drug trial.

Lester's unwavering belief in his ability to levitate and read people's minds becomes the catalyst for him quitting his job to embark on a new venture as a vigilante superhero. His journey starts out as a comical riff on an origin story and develops into a frank and candid exploration of mental health. The quirkiness of the delivery enables the film to juggle these juxtaposing notions with ease; the humour never oversteps the mark and actually strengthens the impression of Lester's endearing nature. The weightier themes of delusion and depression are handled with care, instilling Special with a thought-provoking message that doesn't feel out of place in what is first and foremost a very funny film. 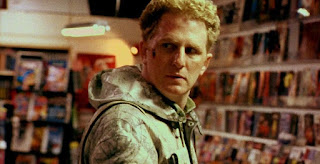 Comic book fans will delight in Lester's visits to his friends, brothers Joey (Joshua Peck) and Everett (Robert Baker), who own a comic book shop and indulge Lester in his amusing fantasies. Their discussions about superpowers cover intriguing ground and spur Lester on to be more daring in his methods of tackling suspected criminals. It is unclear if his Doctor, Dr. Dobson (Jack Kehler) understands the extent of Lester's delusions of if the self-made vigilante genuinely has developed unique abilities, and it is this quandary that keeps our eyes glue to the screen, eager to unravel the truth behind these mysterious powers.

Rapaport embraces the challenging aspects of his role to create a believable character we genuinely begin to care for. As Lester grapples with his new found powers, he undergoes a catharsis from a shy, unconfident man to a bold vigilante and Rapaport grounds this adjustment by reflecting both aspects of Lester's persona with a naturalism that gives the film its charm. His understated performance is a sublime portrayal of a man suffering with aspects of his mental health, and his compassionate delivery underlines the film's moving emotional hook. 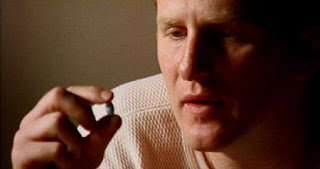 Aside from Special's poignant subtext it is, at its core, a hilarious and innovative science-fiction comedy. Scenes in which we witness the event's from Lester's perspective and then subsequently revisit the action from the view of other characters highlight the self-destructive ignorance of Lester's state of mind in an amusing manner that extracts the maximum amount of humour from the enthralling concept. Lester dons an outfit of his own making and adorns it with the logo of the drug that he is taking, alerting others to his unhinged nature as he tackles suspected criminals (and innocent bystanders) to the floor. The arrival of strange men in suits casts a shadow over Lester's new found role in society as well as giving us pause for thought over whether he really is the recipient of an experimental wonder drug. 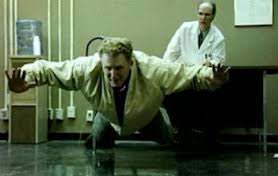 Although Special hasn't received the same level of attention as similar films such as Defendor, Super and Paper Man, it undoubtedly paved the way for these innovative spins on the superhero genre and some of its originality may now be overshadowed by the imitators that followed. However, it remains a compelling and heartwarming comedy with a broad appeal due to its successful amalgamation of elements of science-fiction, black comedy and touching human drama, all wrapped up in the package of a superhero origin story. This is a film that lives up to its title and deserves to be more widely known in the wake of the multi-million superhero franchises that it preemptively poked fun at so well.
If you take the time to watch Special then it would be awesome if you could also take the time to let me know what you thought of it, either by commenting below or tweeting me @filmbantha. Thanks, and enjoy!

For previous instalments in the series click here
Posted by Filmbantha at 16:04 No comments: