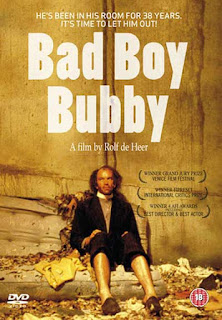 Bad Boy Bubby is a dark and delirious story about a child-like man who has grown up in complete isolation with his domineering mother who keeps Bubby in captivation as a prisoner in his own dingy home. He eventually breaks free of these reigns that stunted his capacity to understand the world around him and we bear witness to his subsequent adventures through the heart of a distorted Australian society. Imagine Lenny Abrahamson's Room crossed with Martin Scorsese's After Hours via the twisted imagination of Harmony Korine and you will be close to the perverted madness of Bubby's life-changing journey.

This is not a film for the faint-hearted - the opening segment features incest, suggestive scenes of animal cruelty and brutal murders - but a film that will reward the open-minded. Behind its provocative facade lies the life-affirming message that there is a place in this world for each and every one of us, no matter our differences. It takes Bubby a long time to reach a place where he is understood and cared for - and he has a lot to learn along the way - but this fascinating path that he traverses provides us with a captivating insight into the heart of a damaged soul. 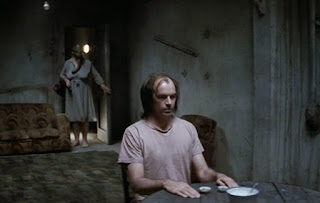 Aside from Director Rolf De Heer's thought-provoking subtext, Bad Boy Bubby is (at its heart) a terrific black comedy. Once Bubby is free from the shackles of his altruistic mother - who kept him in captivation by convincing him that the air outside their delapidated home was poisonous and not safe to breathe - he encounters all manner of strange situations where his limited knowledge of the world leads to hilarious results. He takes great pleasure in regurgitating words and phrases he has learned and mistakenly uses them in completely inappropriate situations, especially those involving his interactions with the opposite sex. The presence of women often prompts him to repeat phrases he picked up during the 35 torturous years he spent being raised by his depraved mother, who used Bubby for her own degenerated sexual gratification.

There are scenes in which this warped humour veers dangerously close to crossing the threshold of being downright offensive but those who revel in the twisted inventiveness of De Heer's daring vision are likely to appreciate the audacity of his comic creation. Nicholas Hope plays Bubby completely straight; his deadpan delivery accurately conjuring up the impression of a child-like man with little understanding of the world. He turns wide-eyed at his first sighting of a dog and appears genuinely bewildered by the harmonious singing of a salvation army choir. These incidental encounters may seem random but they have a profound effect on his radical development as Bubby searches longingly for his place in society. 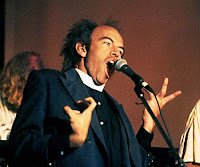 It is not just the empty threat of the poisonous atmosphere that keeps Bubby in check but the fear of Jesus striking him down. A cross high up on the wall in his uninviting home acts as a stark reminder that Christ is always watching him; a fear that is deeply instilled in his psyche by his mother's teachings, and a fear that comes to the forefront once again when he wanders into a magnificent church as a free man. The priest takes pity on Bubby and his kindness is rewarded in the only way Bubby knows how, by dressing up as a priest and making a mockery of him by performing on stage with a punk rock band and bursting out all manner of foul expletives.

Bad Boy Bubby has been highly praised due to De Heer's innovative approach to filming the action. He collaborated with a total of thirty-one Directors of Photography, each of whom were given a different scene to capture and this adds to the pure mayhem of Bubby's first encounters with the outside world. Just like Bubby imitates those around him, there are instances where the camerawork mirrors the emotional state of Bubby. In certain scenes when we see the world through Bubby's eyes the camera movement is agitated and distorted by a fish eye lens. This represents his confusion and the overwhelming experience of being loose in an environment that is altogether alien to him, allowing the audience to have a fuller sense of his disorientation and the challenges it poses for Bubby.

As a bizarre adventure in Australian cinema, Bad Boy Bubby is an eye-opening experience that is genuinely like no other. Parts of the film may be incredibly crude but these scenes are handled adeptly by De Heer and Hope who have crafted a memorable character that undergoes an enthralling catharsis as he explores the city streets. You may be horrified, and will certainly feel repulsed, but stick with Bubby for the duration and you might just begin to warm to this troubled soul as his child-like innocence is unleashed on an unsuspecting world. This is a strange slice of cinema you are unlikely to forget in a hurry and one that is fully deserving of your attention if you are willing to approach it with an open mind.

If you take the time to watch Bad Boy Bubby then it would be awesome if you could also take the time to let me know what you thought of it, either by commenting below or tweeting me @filmbantha. Thanks, and enjoy!


For previous instalments in the series click here
Posted by Filmbantha at 11:50