100 Essential Films That Deserve More Attention - 70. A Fugitive From The Past

We embrace the enchanting glow of the big screen for all manner of reasons; to journey to faraway places we could only ever imagine, to experience the escapism of a captivating story, or maybe to indulge in an obsession with the world of cinema. For me, all three of these reasons apply - and many more - but first and foremost is the satisfaction of recommending obscure films to other like-minded individuals who adopt them as their new favourites.
With over 100 years worth of films to choose from, and many of these now available at the click of a button, it can be extremely difficult to narrow your choices down to pick a film to watch. Although cinema has been around for over four times longer than my life on this earth, I have spent what some may consider an unhealthy amount of these years delving into the history of films to discover some of the best hidden gems out there.
This series of articles aims to highlight the overlooked masterpieces and fascinating curios that I have unearthed whilst exploring the forgotten recesses of cinema. Take a gamble on any one of these films and I guarantee that you will be eagerly awaiting all future instalments in this series. You may well have heard of a number of these films; my aim isn't merely to shine a spotlight on the most obscure films out there, but to share my enjoyment of those films which don't have the cult following I believe they deserve.

A Fugitive from the Past 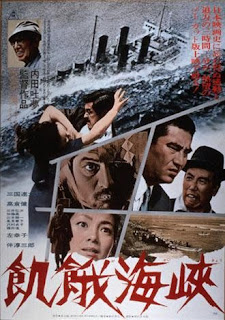 Director - Tomo Uchida
Country - Japan
Year - 1965
Runtime - 183 minutes
A Fugitive from the past is an epic crime saga tracing the lives of a criminal, Inukai, who flees from a heinous act to start a new existence as a successful businessman in Tokyo, and a prostitute, Yae, who shelters Inukai from his crime and longs to return her thanks for his generosity when he pays her handsomely after only a single night together. Close on their tail is a world-weary policeman, Yumisaka, who is devoted to solving Inukai’s crime; with a determination that drives his obsession to the limit at the expense of his family life. This core triumvirate of characters provide the emotional heft for the saga, in a fascinating tale that spans years as it examines the inherent cultural class differences in post-war Japanese society.

Opening with an enthralling sequence in which Inukai and two other offenders flee from a crime under the cover of a relentless storm, A Fugitive from the Past grabs your attention immediately with exposition that delves into the nuances of their escape to safety. As a backdrop to the main story we see a huge passenger ferry capsize in the storm and, subsequently, rescue attempts are launched from the beach where the criminals have fled to in order to make their escape. When the weather settles, two unidentifiable corpses are washed up by the tide, and the police suspect they were somehow connected with the murder, theft, and arson that have left a helpless family in ruins. 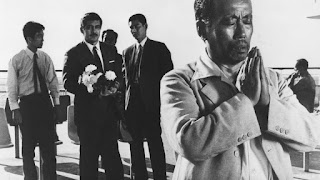 Once the storyline steps forward in time to ten years after the initial incident, we see a shift in direction as the screenplay evolves into a film-noir style mystery that intriguingly traverses the route of a police procedural drama. Each of the main characters are now grappling with demons from former days - a universal theme that resonates with anyone of a certain age, regardless of what the regrets may be – and the search for truth amidst a clouded past. These themes expand to encompass the morality of humanity and the choices we make that shape our lives forever; creating a deep and involving film with a rewarding payoff and a handful of heart stopping narrative turns along the way.

Rentaro Mikuni, who portrays Inukai, has a truly commanding presence - although the character’s prominent stature and assertive persona only come to the forefront in the second half of the film. As an anxious offender fleeing from the law, Mikuni appears suitably unhinged, and he undergoes a striking catharsis to become the businessman with an apparent clear conscience who is ruthlessly interrogated by the police. Yumisaka, the shamed policeman who is haunted by his failure to solve the case, could easily be the blueprint for similar characters in many modern crime films and he is played by Junzaburo Ban in a stunning performance; acting as the perfect counter balance to Mikuni’s brooding criminal. 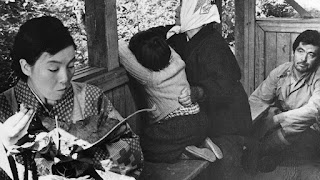 The female lead, Sachiko Hidari, carries the weight of her depressing character arc with a surprising optimism, portraying the prostitute Yae as a steadfast young woman, eager to carve out her place in the world against all odds. Her encounters with the criminal Inukai exude a natural on-screen chemistry, even when the tides are turned against her as Inuaki cruelly relinquishes an opportunity to fully escape from his devious past. There is a strong supporting cast throughout; those with mere seconds of screen time leave an indelible mark on the storyline – particularly a creepy old lady who appears possessed in a startling scene near the film's beginning, and ends up haunting Inukai’s memories. 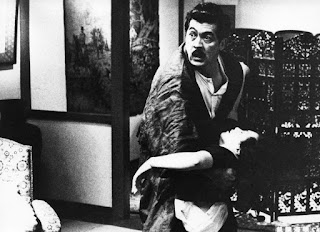 For a film with a runtime close to three hours, A Fugitive from the Past never outstays its welcome. The intricate storyline is paced to allow the audience time to formulate their own conceptualisations, however, director Tomu Uchida still manages to deliver a revelatory outcome that many will not see coming. Akira Kurosawa is the most infamous of all Japanese directors - and rightly so - but Uchida’s mastery of the medium comes excruciatingly close to matching the finesse of his magnificent work. Alongside Kurosawa’s masterpieces such as Red Beard and High and Low, Uchida’s superb crime thriller deserves to be renowned as one of the crowning achievements of Japanese cinema during the 1960s.

If you take the time to watch A Fugitive from the Past then it would be awesome if you could also take the time to let me know what you thought of it, either by commenting below or tweeting me @filmbantha. Thanks, and enjoy!