100 Essential Films That Deserve More Attention - 37. Throw Away Your Books, Rally in the Streets 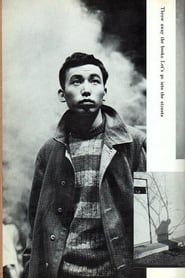 Throw Away Your Books, Rally in the Streets is a surreal psychedelic experience like no other. Director Shuji Terayama takes you into the heart of post-war Japan and its descent into materialism through a series of loosely connected vignettes that follow an angst-ridden teenager and his dysfunctional family. By creating a distinct style that encompasses a wide range of experimental techniques, Terayama voices his political statement with a kinetic vigour that is visually arresting and volatile. Music plays a huge part in his creation; the progressive punk soundtrack has the capacity to stir emotions with its thumping anthems echoing the troubled times of a city in upheaval and its rebellious cries evoking the misaligned motives of its youthful residents. This is a film that tells a story in an unusual but powerful way as it ambitiously bypasses the conventional methods of cinematic storytelling and fuses its imagery with raucous music to inject the medium with a raw and infectious energy. 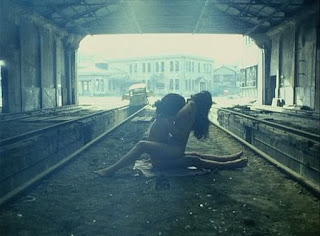 On the cusp of adulthood, the main character longs to find a place in society and spends time with a football team where an irresponsible coach takes him under his tutelage. This coach is the instrument of corruption for both our protagonist and his vulnerable sister; taking liberties with their innocence and forcing them through upsetting rites of passage. These unsettling scenes offer a stark glimpse into the fragility of adolescence and demonstrate how quickly life can be turned upside down when exposed to those possessing a manipulative nature. Both relationships can be viewed as a metaphor for Japan and how it was succumbing to Western influences in the early seventies; its societal values subjected to a profound cultural transformation in order to stay relevant and keep up with the modern world and all of its trappings. 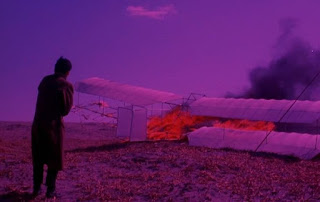 Many of the bizarre, dreamlike sequences that act as short interludes or scenes of escapism for the adolescent at the heart of the film elicit the traits of a Jodorowsky film. The strange, ethereal quality of these shots can be both hypnotising and disorienting; though they never seem too disjointed from the segments that precede them due to the director’s masterful use of sound and colour schemes that thematically unify the picture as a whole. The enchanting cinematography belies the inherent frustration that bubbles away under the surface, a palpable frustration that builds and threatens to burst at the seams as the film launches into tirades on the state of Japan’s disaffected population.

Terayama is an early adapter of shaky cam and uses the jarring effect to reflect the agitation of his protagonist in moments where he flees or is forced away from uncomfortable or uncompromising situations. This can prove testing at times but is a hallmark of the director’s propensity for pushing the boundaries of cinema by creating provocative imagery that stimulates a response from the viewer. His radical approach to film-making exhumes a talent that seems almost unnatural when you consider that Throw Away Your Books, Rally in the Streets is the accomplished director’s feature film debut. 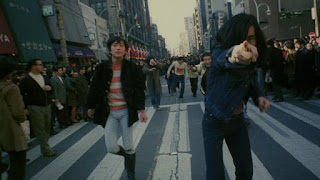 Artistic merits aside, the underlying storyline also provides an enthralling insight into one teen's struggle for identity as he tries to escape from the discord around him. As his family life deteriorates, he reaches for a semblance of normality by saving up to buy a noodle stall for his father - a gesture that comes back to haunt him in one of the film’s defining moments. An intriguing coda suggestively elaborates on that which has come beforehand, offering the audience more food for thought as Terayama chooses to break the fourth wall, not for the first time, in a film littered with playful nuances that help to establish the sense that you are watching something very special indeed.

If you take the time to watch Throw Away Your Books, Rally in the Streets then it would be awesome if you could also take the time to let me know what you thought of it, either by commenting below or tweeting me @filmbantha. Thanks, and enjoy!