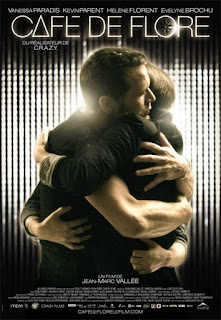 Cafe de Flore is a bold and beautiful depiction of love and the profound connections forged between those whose souls align and intertwine. Clearly inspired by Krystof Kiezlowski's The Double Life of Veronique; its twin narrative takes the audience to two separate times and places as director Jean-Marc Vallee flouts a traditional approach to storytelling in his daring exploration of spiritual and metaphysical elements that tangle together from each of the fascinating storylines. As the connection between these separate strands becomes clearer it ignites an influx of introspection and contemplation surrounding the director's mysterious intentions. This heartfelt and deeply emotional journey may not always hold up under close scrutiny but the evocative moments depicted throughout Cafe De Flore convey a wealth of sensations that conjure up a truly tantalising viewing experience. 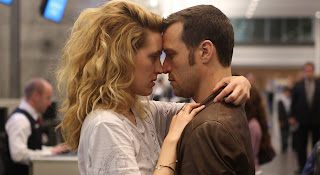 Our first exposure to Vallee's distinct vision is an intimate farewell at a Canadian airport in the present day where Antoine Godin (Kevin Parent) says goodbye to a woman and two young girls. This departure implies we are witnessing a husband leaving his wife and daughters for a flight but it transpires he has left his wife, Carole (Helene Florent), - and the mother of his children - three years ago, and the lady he embraces for one last time before he boards his plane is his new (and much younger) girlfriend, Rose (Evelyne Brochu). Antoine's job as a DJ involves travelling the world and this brief farewell is the first of many difficult departures that occur throughout both strands of the story. Connections between the two segments are perceptible from this very first scene but will elude first time viewers who will not have the requisite knowledge of what is yet to come in order to grasp the subtle clues as they pass by.

The second story transports us back in time to Paris in the 1960s where a young mother, Jacqueline (Vanessa Paradis), gives birth to her son, Laurent, who happens to have Down's syndrome. Her husband's distress at this occurrence is the cause of the film's second departure when he abandons the mother of his newborn son, leaving Jacqueline to raise Laurent as a single parent. Jacqueline's steadfast devotion to her baby demonstrates a passionate love that grows as he blossoms into a young boy. From here onwards the subtle parallels between the two storylines become more apparent and attentive viewers will take great delight in piecing together the parts of this intricate puzzle as they attempt to understand the mystical, and incredibly satisfying, correlation.

Credit is due to Marin Gerrier, the young actor with Down's syndrome who plays Laurent, in an impressive debut performance - the inexorable bond he shares with his on screen mother appears genuine throughout - and it is a shame that he has not been seen on screen since. Laurent's loving attachment to Jacqueline depicts a beautiful relationship that only comes into question with the arrival of a young girl (who also has Down's syndrome) who joins his class at school. This development is the cause of much heartache for Jacqueline, and is demonstrated by the sheer passion Paradis injects into her role, as her steadfast devotion to Laurent's every need is no longer reciprocated by the unwavering intense love they once shared.

Shocking scenes of anguish and despair follow, along with a handful of eerie sequences that echo the techniques used by horror film directors when exploring the psychological pain of their tormented protagonists. By branching out into unexpected territory in this manner, Vallee heightens the pervading sense of spirituality as moments of deja vu cause ripples across both timelines and toy with the audiences curiosity - a curiosity that inevitably holds steadfast as the fascinating story unfolds in a mesmerising fashion. 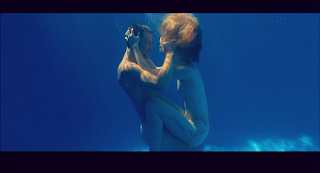 Returning to present day Canada we learn that Antoine is haunted by past memories he shared with his ex-wife, Carole, and her presence is missed not just by Antoine and his two daughters, but by his own parents, who both make their feelings known to him. Antoine and Carole share amicable greetings whenever their children exchange hands and these encounters weigh down on Antoine's relatively new relationship with Rose, as her jealousy adds additional strain to his current state of being. Parent brings an imposing raw energy to his portrayal of Antoine; an energy that is matched by Brochu as Rose, particularly as she lights up the screen with her alluring smile and sultry dance moves when we see them meet for the first time in a vivid recollection. 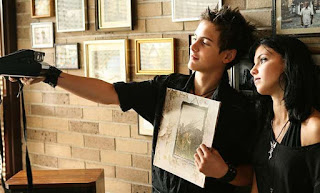 We travel back to Antoine's past in a number of beautifully realised sequences that depict his teenage years with Carole and the blossoming romance they once shared. The young actors in these roles, Emile Vallee and Chanel Fontaine, convey a natural innocence that heightens the sense of sorrow around the breakdown of their relationship in years to come. This constant sorrow and despair can be overwhelming in parts but Vallee always pulls the mood back with sequences of pure unadulterated bliss, and the contrast between these two juxtaposing elements takes you on an emotional journey almost as demanding as those experienced by his characters

How you interpret and react to the eventual union of the two thematically similar strands is likely to be indicative of your enjoyment of the film as a whole, and perhaps explains why Cafe De Flore is considered by many to be a divisive film. Vallee's vibrant imagery and inventive use of music throughout paint an enrapturing picture with sequences that resonate on a level that stirs up forgotten memories of past experiences. The subtle bliss of the title song Cafe De Flore gradually transforms into a haunting elegy as its music accompanies defining moments in both of the storylines. This visually stunning and incredibly spiritual approach to film-making will certainly appeal to those who are attuned to artistic expression and do not shy away from experimental works, but it also risks alienating audiences who prefer a more conventional method of storytelling. 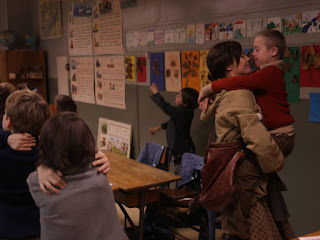 Flashbacks and flash forwards are handled with a style and panache that, at times, sees the images from both stories merge or collide, further cementing the crossover of world's that permeates the film's central themes. Each facet of the film evokes an aching poignancy for lost loves and failed relationships, delving deep into the hearts and minds of its key characters. Vallee has a flair for fascinating visuals, possessing a keen eye that respects the delicate intricacies of his set pieces. He finds the time to linger on his actors when they display the purest and rawest of emotions, heightening his meticulous work and creating breathtaking scenes of real power that mesmerise time and time again. 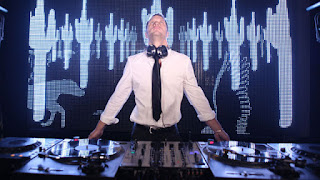 Cafe De Flore is a stunning piece of art that explores the enthralling possibilities of the cinematic medium whilst providing audiences with a gripping scenario that plays out in an imaginative and original manner. This is an intricate film that rewards repeat viewings and continues to offer up new surprises on each return visit. The meticulous and enchanting visuals combine with the accompanying soundtrack to bore deep into your subconscious; stirring up an emotional response with a magnitude that is rarely experienced whilst watching a film - but should always be treasured when it does. Jean-Marc Vallee's unconventional but flavourful approach to directing found the perfect subject matter to explore in Cafe De Flore, and this bittersweet tale of romance rises above its unusual structure to deliver a sublime encounter with heartache that demands your utmost attention.

If you take the time to watch Cafe De Flore then it would be awesome if you could also take the time to let me know what you thought of it, either by commenting below or tweeting me @filmbantha. Thanks, and enjoy!