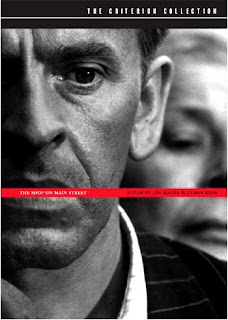 Opening with a jubilant orchestral score as crowds march happily around a bustling town square, you would be forgiven for thinking The Shop On Main Street is a comedy or a light-hearted drama. Instead, this picture is a terrifying account of the persecution of the Jewish population in Slovakia as the rise in fascism takes hold of Eastern Europe during World War Two. The misleading introduction showcases a happy and thriving population, blissfully unaware of the forthcoming upheaval that will change all of their lives forever.

We witness the shocking turn of events through the eyes of Antonin (Toni), a carpenter who has a blatant distaste for the spread of Nazism in his home town. Toni squirms in his skin when his fascist brother-in-law, Markus, who is a high ranking officer, turns up to dinner unannounced and finds it hard to hold back his true feelings after they indulge in a copious amount of vodka. These are troubled times and Toni comes dangerously close to overstepping the line with Markus, who assigns him the unenviable task of being an Aryan manager of a needlework shop. 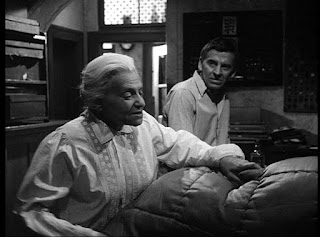 The shop is currently run by Rozalia Lautmannova, an old Jewish lady who is hard of hearing and struggles to understand Toni, refusing to believe that he has any claim on her small business. It takes the intervention of a Jewish sympathiser to smooth their relationship over and Toni starts to learn how kind-hearted and caring the Jewish community is. Thus begins an unlikely friendship that is tested to its limits when the Jewish persecution intensifies and places him in a very uncomfortable position.

This is a powerful and hard-hitting drama that depicts not only the suffering inflicted on the Jews but the overwhelming sense of guilt that befalls those who stand by and don’t intervene for fear of being similarly persecuted. It examines the internal conflicts of individuals who feel their own sense of morality coming under scrutiny and provides the audience with a raw indication of how difficult this period of history would have been for anyone with a conscience. Actor Jozef Kroner demonstrates how distressing this situation is for the protagonist with his emotional portrayal of the carpenter, Toni, at the heart of this tragic story. His realisation of the inherent danger Mrs Lautmannova is in claws at his moral sense of duty, particularly as his warnings to her fall largely on deaf ears. 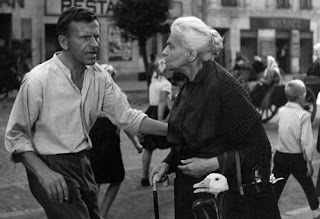 Ida Kaminska is utterly delightful as the endearing Mrs Lautmannova, who eventually embraces Toni as if he was one of her family, and was nominated for a Best Actress Oscar for her incredible performance. She regales Toni with tales of her husband and the sons she hasn’t seen in years, feeds him with the finest Jewish culinary delights and introduces him to her favourite songs that recall happy memories from her past. These touching scenes of a blossoming friendship serve to strengthen the kinship between the two companions and further our investment in their plight. These are two tormented characters that we are genuinely invested in.

There are a number of inventive scenes which feature striking cinematography; the camera observes the warped faces of characters through a translucent shot glass, drifts magically through the air during impressive dream sequences, and continually rotates through 360 degrees in a visually astounding long take towards the end of the film. These memorably stylistic flourishes enhance the film’s visual aesthetics and heighten the emotional impact of the gripping storyline. 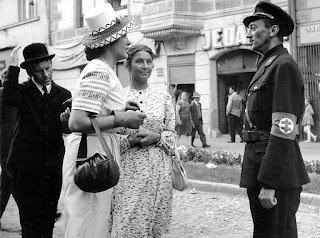 The Shop On Main Street deserved to take home the Oscar for Best Foreign Language Film in 1966 and, like many other films that received this accolade, it is disappointing to see that it has slipped into relative obscurity over time. Its universal themes of morality and standing up for what is right are still highly relevant in today’s political climate and its touching epilogue is a shining example of the inescapable magic of cinematic art. We can all learn valuable lessons from the powerful message at the film’s core and will undoubtedly take a lot from this immersive and poignant experience that  lingers on your mind long after the rousing orchestral score (that opened the film) plays us out, in a touching and bittersweet finale.

If you take the time to watch The Shop on Main Street then it would be awesome if you could also take the time to let me know what you thought of it, either by commenting below or tweeting me @filmbantha. Thanks, and enjoy!


For previous instalments in the series click here
Posted by Filmbantha at 19:51